Weekly Wrap Up: Too Many Losses, Not Enough Wins

So much has gone on this week, it’s hard to keep track of it all. We’ve had too much tragedy, some triumph, and a few things in between. A lot of heavy stuff on the list this week, but we’re ending on a light note. Thank goodness it’s Friday…

First, let’s take a moment to remember those who’ve fallen this week. With heavy hearts we learned about two more black men murdered at the hands of police. First, the disturbing video of Terence Crutcher was released and we watched in horror as an unarmed black man with his hands up, was shot and left to die in Tulsa, Oklahoma. Almost immediately after that, we learned about the police killing of Keith Lamont Scott, a disabled black man in Charlotte, NC. While protests have erupted in Charlotte to address police brutality, in Oklahoma, the officer involved has been charged with felony manslaughter. It’s hard to have any words for this type of violence, but given the current state of this country, where people are in an uproar about Colin Kaepernick’s kneel during the anthem yet silent when it comes to black lives, we’re really not surprised. We can only continue to fight, spread the word, and take no excuses #Staywoke. 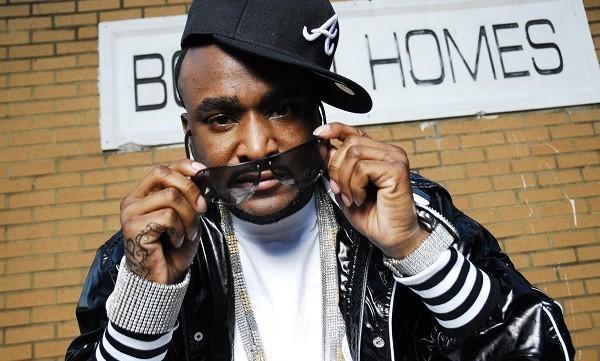 In other sad news, beloved rapper Shawty Lo was killed when his car spun out of control on the 285 freeway in Atlanta, GA hitting a guard rail. Rest in peace to the king of Bankhead. In more uplifting news, we had some lit fall show premieres this week that had us (and all of the fam on black Twitter) on the edge of our seats. First off, Empire is back, and Cookie is everything! Not only that, we went to Disney World with our favorite family on Blackish, and the much anticipated Pitch (which we told you you should watch!), about a black female getting a shot at major league baseball also premiered. How to Get Away with Murder is back and dramatic as ever, although #TGIT isn’t the same without Scandal. And also worth mentioning, Donald Glover’s Atlanta (also told you about this one) series was renewed for a second season after just 2 episodes! We’re killing it with the black TV shows this Fall!

Regina King’s Emmy & The Best of the Red Carpet Speaking of TV, the Emmy’s were held on Sunday and we were tuned in with hopes our girl Tracee Ellis Ross would take home the award for Outstanding Actress in a comedy series. This nomination was historic because Ross was the first African American nominee for a lead actress in comedy in 30 years. Unfortunately, she didn’t win for her role as Rainbow in Black-ish, even though we know she should have.  Regina King, however, did snag an Emmy for Supporting Actress in a mini-series for her role on American Crime. Progress, I guess. Other notable black winners include Courtney B. Vance, Sterling K. Brown, and Key & Peele. Meanwhile, black women were still slaying the red carpet with pregnant Kerry Washington taking the show. Here are our faves.

Best of Stuff We ♡ This Week

Around the Stuff We ♡ Blog we shared some celeb fall style inspo, a few self care tips to help you through when you can’t #calloutblack, and some R&B singers that you should add to your playlist this weekend.

Hoping you stay uplifted, empowered, and of course woke. Have a great weekend!