Hello, everybody! I hope all of you all had a spectacular week. It’s time for our weekly wrap-up.  Let’s get into the news and headlines that got our attention this week.

We’re down to final stretch y’all. First Lady Michelle Obama and President Barack Obama held their last White House state dinner this week. We just shared 5 of FLOTUS most fashionable looks and then here she comes with this! Michelle wore a stunning, custom-made Versace gown. According to New York Magazine, it was an off-shoulder, rose-gold dress with some draping from the neck down and creating a nice silhouette of the FLOTUS. She paired the outfit with a sleek and straight, long bangs hairstyle. Her beautiful look quickly made headlines (still is!). The Obamas dined with the Italian Prime Minister, Matteo Renzi along with many other celebrities including Chance the Rapper and a rare appearance by Frank Ocean, who wore Vans shoes because he is just as cool. This latest slayage comes just a few days after Michelle’s breathtaking New York Times Style Magazine feature. The article was a series of thank you notes to the first lady written by four phenomenal women. While the notes alone were enough to bring us to tears, the stunning photos took us over the edge. Make sure to check out the full story To The First Lady, With Love.

Fans of Empire got a surprise this week when Taraji P Henson’s released a new memoir titled  Around The Way Girl. In it, according to People, she opens up about her struggle to leave an abusive relationship behind. She and her former long-term partner, William “Mark” Johnson, met in high school and continued a relationship throughout college years. In 1994, the two welcomed a son, Marcell. The couple weathered through some dark storms. Henson, who comes from an abusive home, realized she had to leave after a violent confrontation that would be the last. In her book, she writes, “You know what I don’t have to do this- and I don’t have to hate you for it.” Henson says if it hadn’t been for her conversations with her father, who later owned to his past faults, she would not have had the strength to leave. Sadly, Johnson was murdered in 2003.

In regards to her acting career, she took Marcell after their separation and moved to L.A.The Golden Globe winner  discusses her early trials, admitting she had concerns that  being African American became a factor. Still, she marches on. Now that Henson has made it Hollywood, she wants to share with her fans her story, hoping it will provide some hope.

You can buy Taraji P Henson’s book now on Amazon! 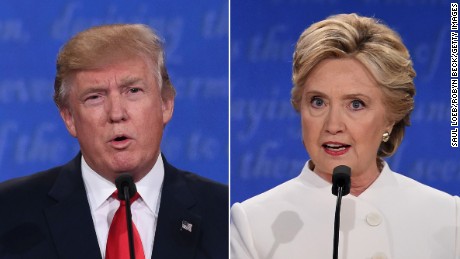 Last but not least,  be sure to remember to vote. Wednesday night, Hillary Clinton and Donald Trump faced off in the final presidential debate at University of Nevada Las Vegas (my alma mater-Go Rebels!) in Las Vegas, NV.  Some states have already started the early voting process. If you are not registered be sure to do so before your state’s registration deadline. Get involved and stay involved! Be sure you are well informed on both candidates and be prepared to cast your vote. Your voice does matter!

Have a fantastic week y’all!