Weekly Wrap Up- Michelle Obama Sits Down With Oprah Hello everybody! I hope you are having very lovely week. Are you ready for Christmas? Before you get ready to do some last minute Christmas shopping, let’s go over some news headlines and blog highlights of the week.

Blac Chyna and Rob Kardashian: Is it over for good? It was reported that Blac Chyna and Rob Kardashian have split over an explosive feud last weekend. It started off with the discovery of Chyna’s Instagram account being hacked. The hackers posted screenshots of Chyna’s separate conversations with her lawyer discussing using her trademark name after her wedding without Kris’ permission. Screenshots of texts between her, Jaden Smith, Tyga, and other friends also appeared. In one conversation, Chyna called Rob “lazy” and “insecure”. After the hack, Rob took to Instagram to claim Chyna had taken their food, their newborn Dream and left the couple’s residence. Despite the internet creating memes out of the situation, Rob admits that the whole thing was indeed real. Rob Kardashian has since apologized.

Is the couple really done for good? Ask Chyna’s mother, Tokyo Toni, who says “They will be ok.” 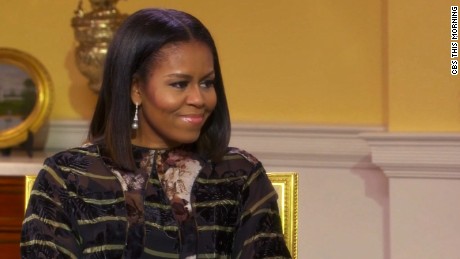 Mrs. Obama gave Oprah a somber interview on CBS Monday night before she and her prestigious family move out of the White House. These past 8 years, the Obamas have embraced and conquered challenge after challenge. Now that the election is over, Michelle Obama feels the hopelessness that seems to be sweeping the country but that doesn’t mean we should lose it. In the interview, she says, “Hope is necessary. […] [Barack Obama] and I and so many believe that-what else do you have if you don’t have hope. What do you give your kids if you don’t have hope?” Michelle Obama goes on to give advice to incoming First Lady Melania Trump and wants to help President-Elect Donald Trump as he becomes the country’s new leader. She says, “The words that we say moving forward — all of us, it matters, which is one of the reasons Barack and I are so supportive of this transition, because no matter how we felt going into it, it is important for the health of this nation that we support the commander-in-chief.” Just as she came in, Michelle Obama exhibits grace even as she prepares to leave the White House behind. We are truly going to miss this First Family. The 2017 Golden Globe nominations were announced last week. 2016 was a great year for independent and mainstream movies and television. Shows such as “Atlanta” and “Insecure”, both which have earned nominations this year, gave viewers refreshing perspectives on what it is like to be living as a young African American adult today. Most of the films that received  “oscar buzz” were stories told by people of color such as “Loving”, “Hidden Figures”, “Fences”, and Moonlight”. So if you haven’t checked out these films, flock to your nearest theater ASAP! Until the Oscars arrive, lets prep for the Golden Globes. “Moonlight” has received six Golden Globe nominations including Best Picture-Drama. Actors Ruth Negga and Joel Egerton each got a nomination for their performance as the first interracial married couple in “Loving”. Viola Davis is nominated for Best Supporting Actress in “Fences” along with Octavia Spencer for her role in “Hidden Figures”. You can view more film nominations here.

“The People Vs. OJ” is leading with the most tv nominations with five noms. ABC’s “Black-ish” has 3 and “Atlanta” with two. HBO’S newest hit “Insecure” wins 1 nom, Best Actress in a Comedy Series, for Issa Rae’s performance on the show.

ICYMI From Stuff We <3 Blog

Need some last minute gift ideas? Be sure to check out our gift guides featured on our blog, in case you need help finding the right scent for your man or the perfect hair products for newly naturalista in your life. And when you are done wrapping your gifts, pop in your favorite Christmas movie. Check out this post on amazing holiday movies, for recommendations. If you feel like you need some holiday pick-me-up, check out this post on holiday songs that will keep you cheerful until the new year.

As we prepare to make those New Year’s resolutions and plan for an epic 2017, this is a great read from Melissa Harris Perry on mentorship and Maya Angelou. Now, more than ever, we need to come together to be activists, sisters, friends, and mentors to each other. Make sure you add a way to pay it forward on your list of goals for the new year.

We want to wish you all a Merry Christmas and Happy Holidays! Have a great weekend. <3