8 Underrated 90s Black Films You Need To See (If You Haven’t Already!)

The 90s was a wonderful decade for movies. We had our timeless dramatic classics like Titanic and sci-fi thrillers such as Jurassic Park. It was also a good time for talented actors to showcase their chops. With every classic, however, there are those hidden gems that never quite received the acclaim they deserved. To be fair, not every film of the 90s that got sidelined was great but there are many films (independent films, especially) whom people considered underrated.

So let’s check out some black films from the 90s that deserve some more love today.

1. Devil In A Blue Dress The film stars Denzel Washington as a WWII Vet who becomes an investigator to help pay the bills after he loses his job at an aircraft manufacturing company. Though it received praise during its initial release, it appears the film has garnered more attention over time thanks to fans of the film. It’s considered to be one of the best neo-noir mystery films of the 90s. One of Spike Lee’s awesome crime dramas. A murder has taken place in New York City and a drug dealer finds himself caught in the middle of the investigation. It stars John Turturro, Harvey Keitel, and Mekhi Phifer. The film is an adaptation of the novel Clockers by Richard Price, which also served as the inspiration for “The Wire”. 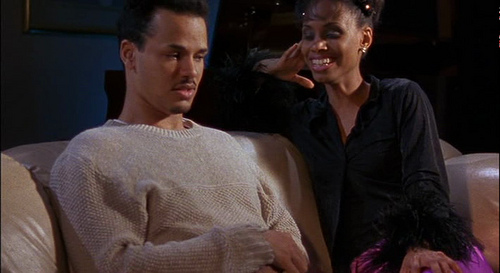 Directed and written by Christopher Cherot, the film is based on autobiographical events about love and a fun filled weekend. Some critics and fans compared this film to the styling of Woody Allen films for its quirky writing , a relatable love story, and loveable original characters.

This indie film is a coming of age story about a young Drew Tate set in the summer of  ‘76’ about love, culture, and family relationships. Another beloved indie film. This one is by Boaz Yakin, set during the “crack epidemic” in New York City. When the film debuted barely anyone paid attention, but it has since received acclaim from critics. It has also won awards from the Sundance Film Festival and the Independent Spirit Awards.

Crooklyn is a film directed by Spike Lee that is slightly based on Lee’s life. It’s about a young girl named Troy and her complicated family living in NYC during the 70s. The film is highly recognized for its 70s soundtrack.

This is an interesting feature as it was panned by critics and still is loved by various audiences. The animated film, based on late comedian Robin Harris’s comedy act, follows Harris recollection of a first date with a woman Jamika to “fun world”. They bring Jamika’s friend Bebe’s three troubling kids along  and stuff hits the fan.

Hoodlum is considered one of the most unappreciated crime dramas. It is based on the gangster wars in Harlem in between the 1920s and 1930s. Even though the dramatic events in the film are fictionalized, the stellar performances by its lead stars, Laurence Fishburne and Tim Roth, did not go unnoticed by fans.