Even though the official day to “celebrate” love has passed, it’s still the month of love and celebrating black history. And if we’re being real, we all know showing affection shouldn’t be bound to just 24 hours anyway. So in keeping the month of love and Black History month in mind, here are 5 black love movies you should watch on this weekend. After all, black love is beautiful no matter what month it is!

1.) Love & Basketball (2000)– Love & Basketball still remains a favorite among many. This is a story of two neighbors, Quincy McCall and Monica Wright, in pursuit of their professional basketball dreams. And while doing so, well, they fell for each other! Omar Epps and Sanaa Lathan star as this cute couple who prove love isn’t a game. Can you say #relationshipgoals? 2.) The Best Man (1999)–  Watching a rom-com starring all your favorite people (Taye Diggs, Nia Long, Terrence Howard, Sanaa Lathan, Melissa De Sousa, Monica Calhoun, Morris Chestnut, and Harold Perrineau) about a group of college friends getting together for a wedding makes for a good evening of black love. The film not only exemplifies the value of love between two people but among friends. 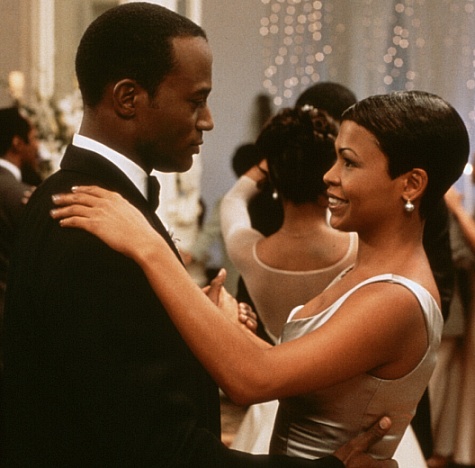 3.)  Purple Rain (1984)- Prince’s magnum opus “Purple Rain” is a unique choice to watch when it comes to black love but it is a love story worth watching on the screen. Prince stars as “The Kid” who discovers that he loves a woman named Apollonia just as much as his music. Maybe even more. If you have a love of musicals and  Rock N Roll, you’ll love this!

4.) Love Jones (1997)– A talented poet (Larenz Tate) and an unemployed photographer (Nia Long) share a deep bond that goes beyond the physical in this romantic film that’s still considered a cult classic.

5.) Brown Sugar (2002)– In “Brown Sugar”, Taye Diggs and Sanaa Lathan play two best friends who both work in the music industry. The film is look back on their growing partnership and how their love of hip-hop brought them together.